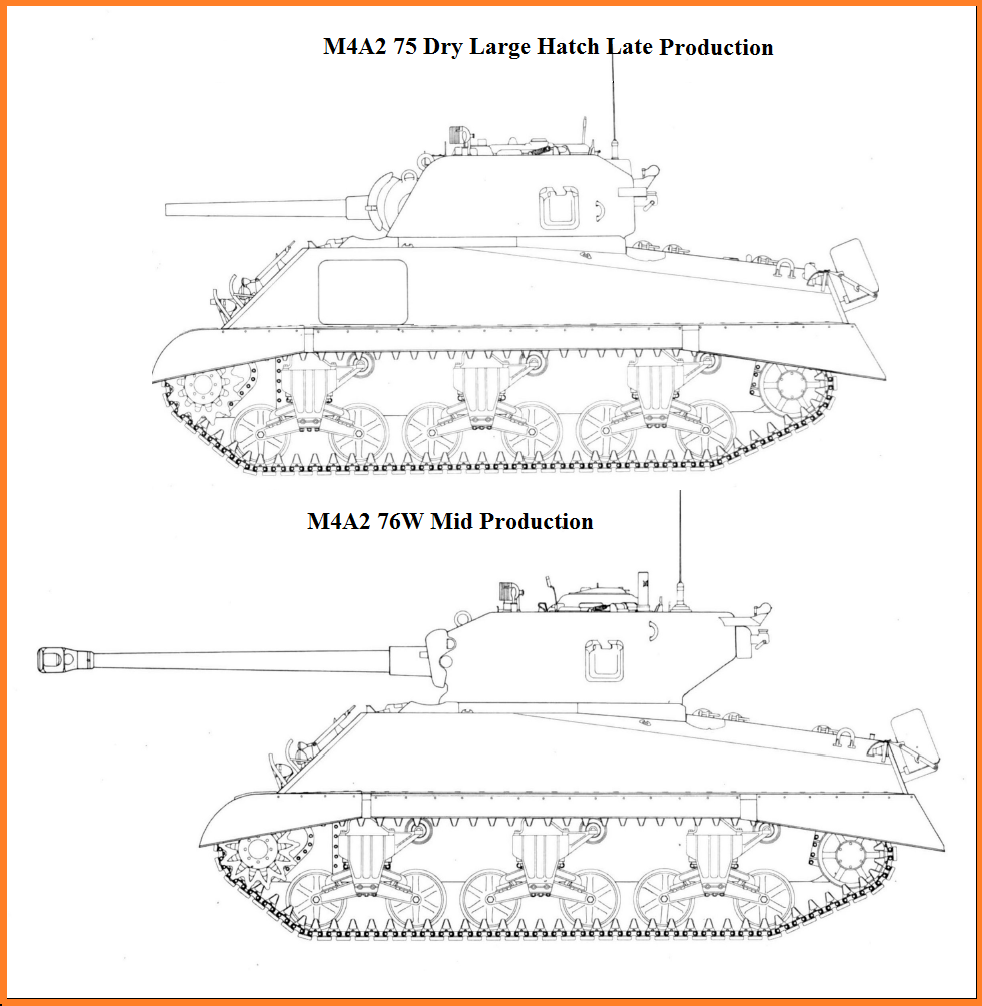 The Sherman M4A2 76W: The most common Soviet Sherman

The M4A2 76w was not an important Sherman in the west during WWII. Just about the whole production run was shipped off to the Soviet Union, where it was well received.  The M4A2 76W was a wet tank with large hatches from the beginning. It’s 76mm T23 turret the same as the ones installed on all the other 76 tanks and probably went through the same series of minor changes. 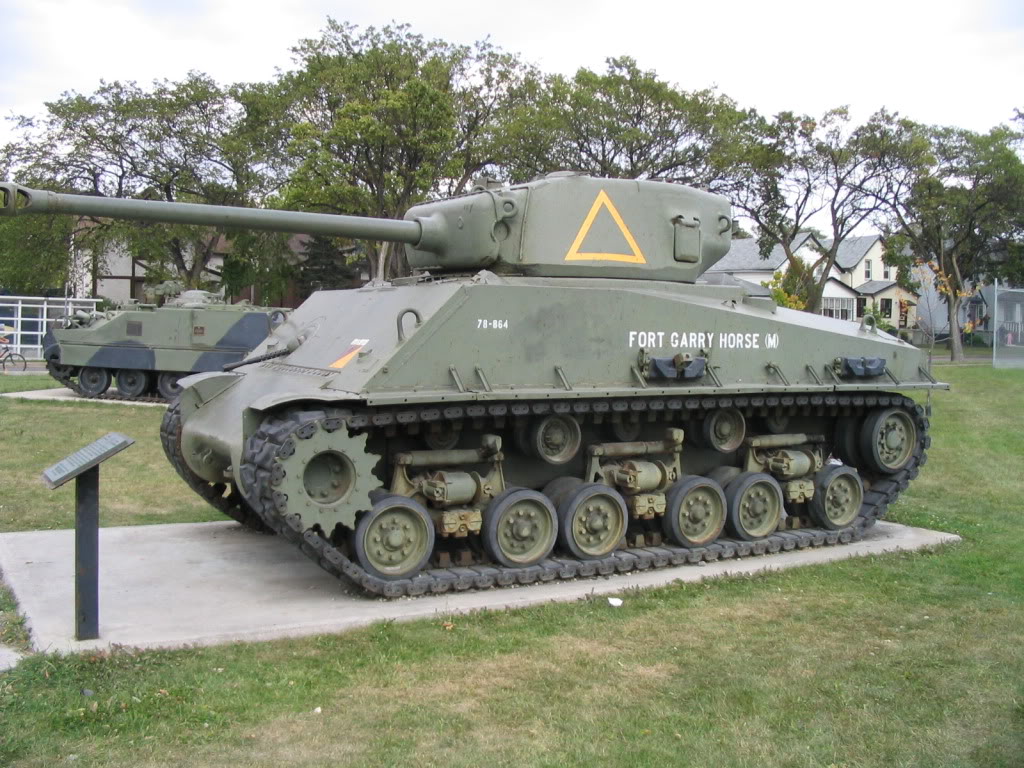 The Hull is almost indiscernible from an M4A3 76w, and they used a late production M4A2 76W HVSS tank to stand in for the M4A3 76W HVSS tank Fury was supposed to be, and you can’t tell, since they rarely showed the tanks engine deck, and the late model M4A2 exhaust deflector looked the same as the version on the M4A3 76 tanks.  The Russians received some HVSS M4A2 76 tanks before the war ended. 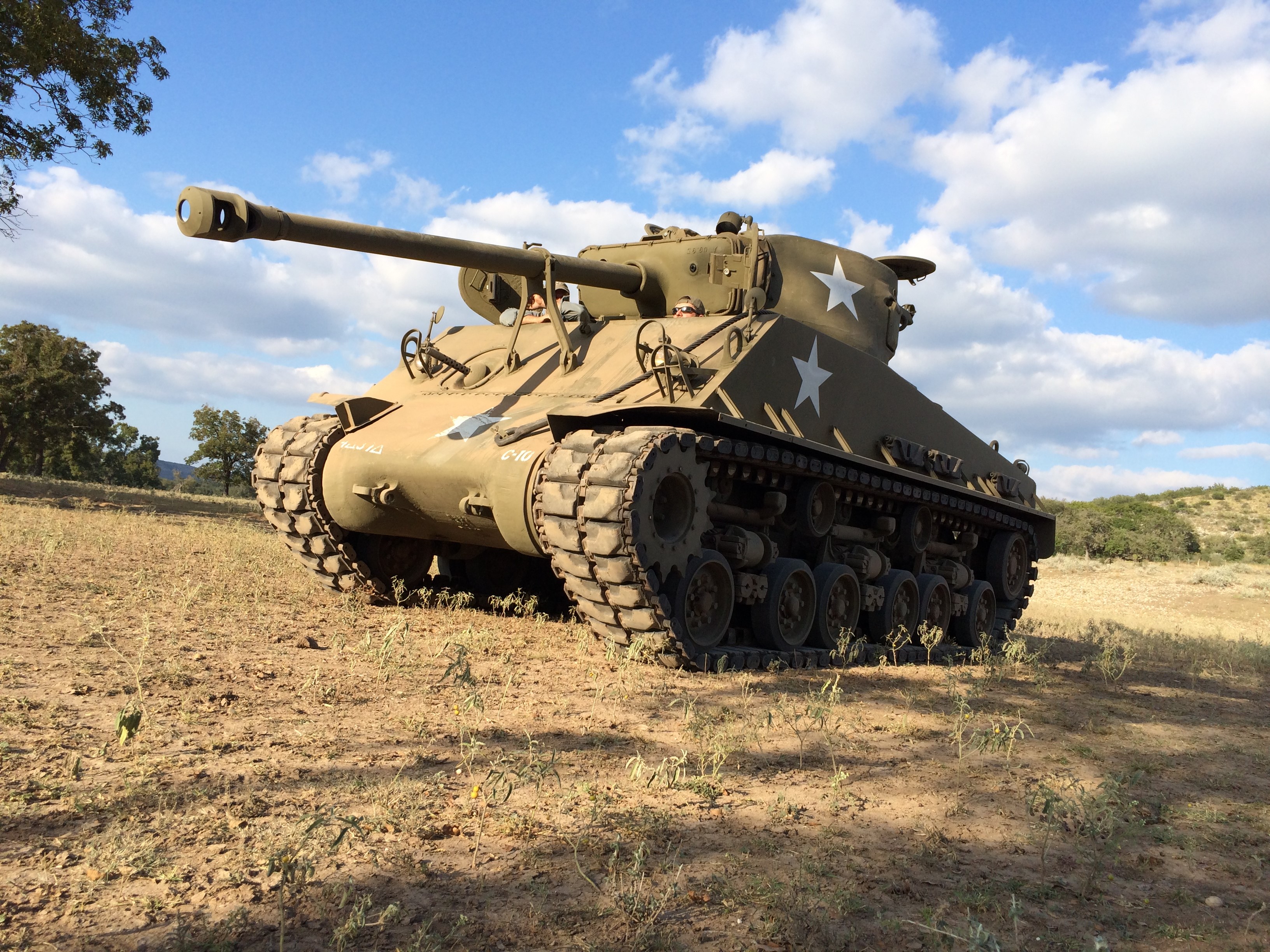 Powered by the same GM 6046 twin diesel as all M4A2, the engine was reliable and easy to maintain, and could even be run on half of the motor. There are a fair number of these tanks in civilian hands now, including one you can drive, and shoot all its guns, out in Texas!

The link above will download a PDF version of the spec M1A1 gun spec Sheet. 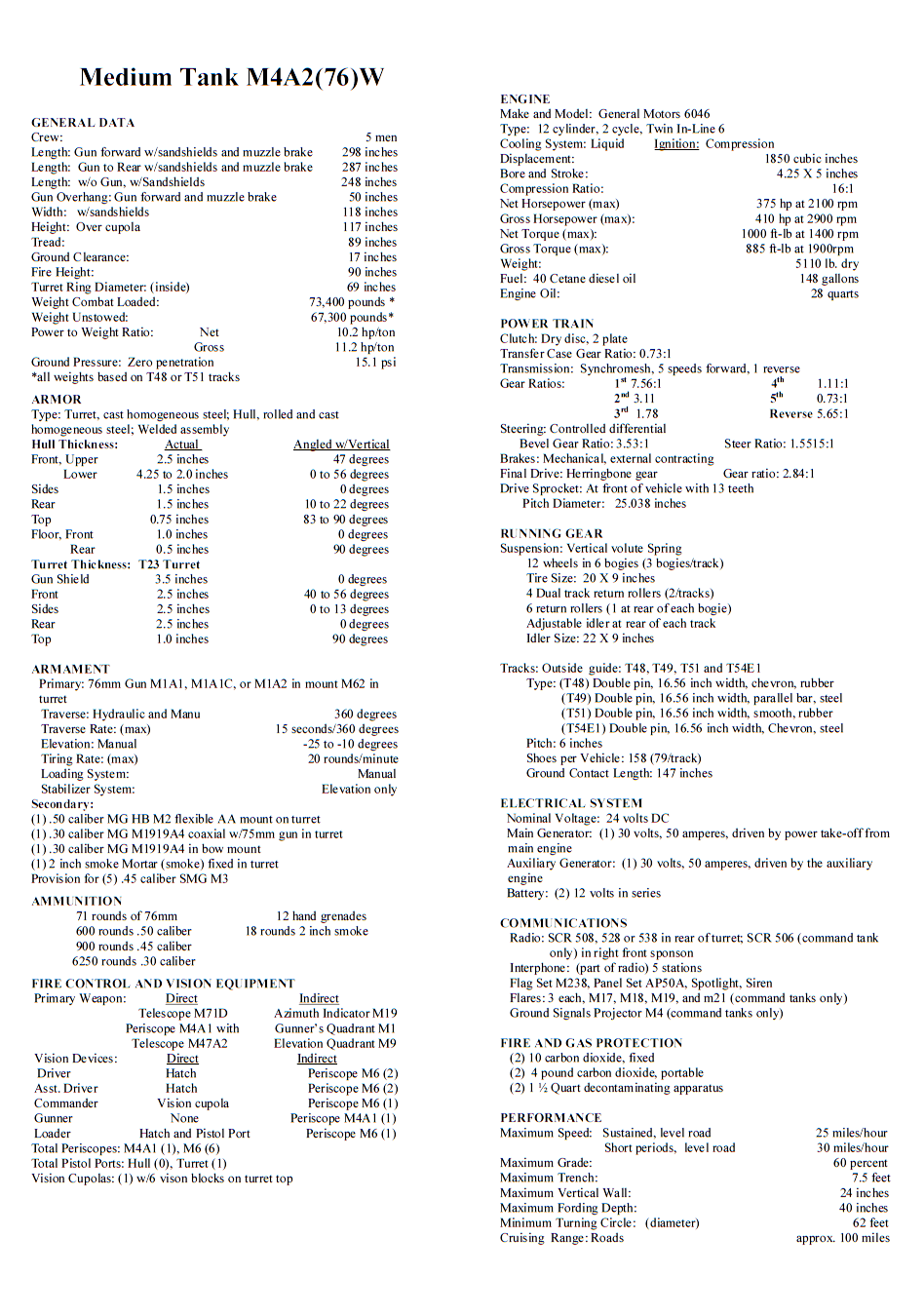 The link above will download a PDF version of the M4A2 76w HVSS spec sheet.