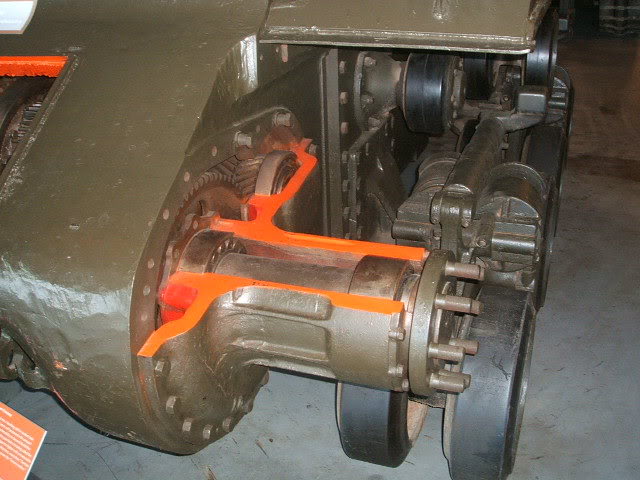 The Final Drives:  Well designed, well made, and easy to fix if they did fail.

What is there to say about Sherman final drives? Well to start, they seem to only have changed when HVSS became a thing, and they simply made everything a little longer, and the case a little beefier. 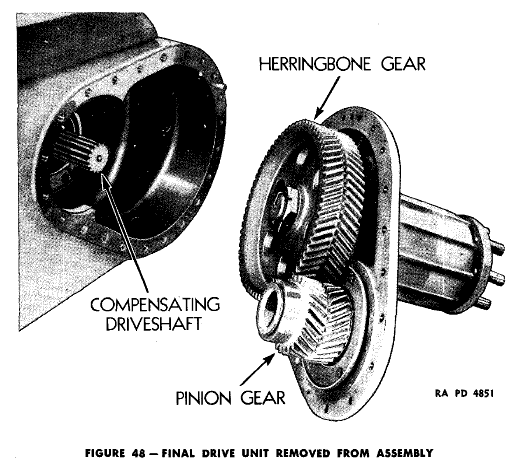 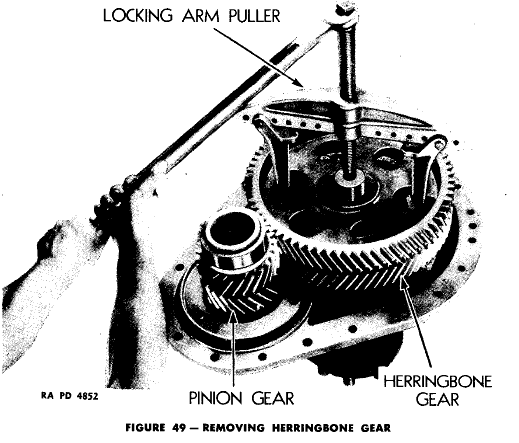 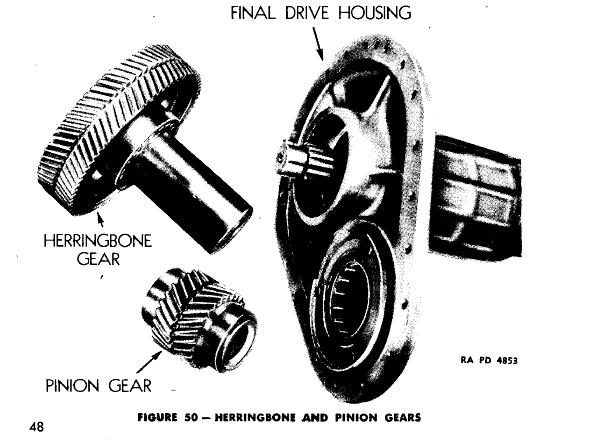 I would be surprised to find out they didn’t universally work in all versions of the Shermans differential.  This was the other part that of the powertrain that was crew serviceable, the fluid was changed with all the fluids in the powertrain since the whole thing shared oil, but if a final drive failed, the crew could install a new one.

I bet getting the gasket area clean enough after replacing a final drive in the field was a bear, but minor leaks probably were not a big concern for the crews actually fighting in them. 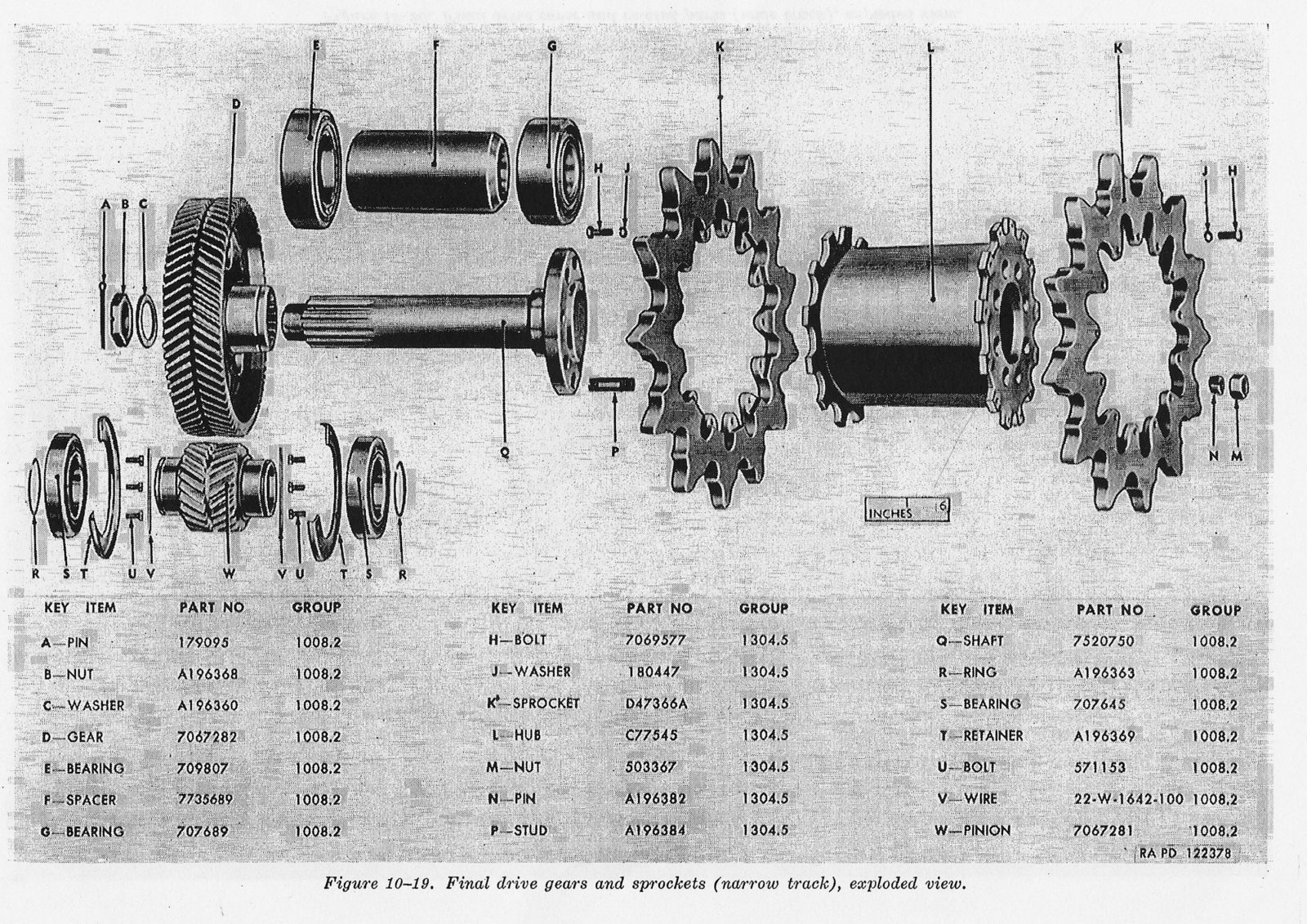 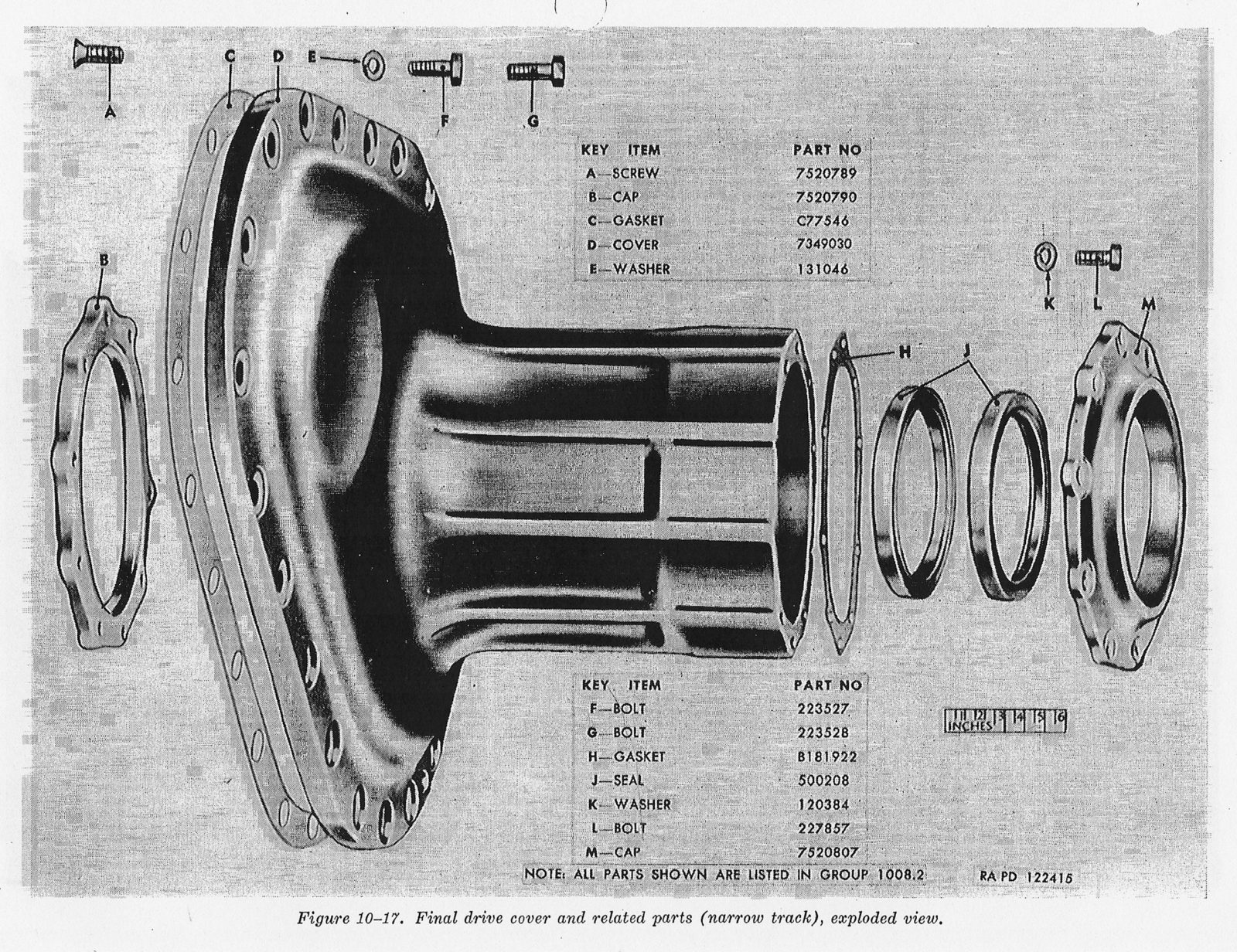 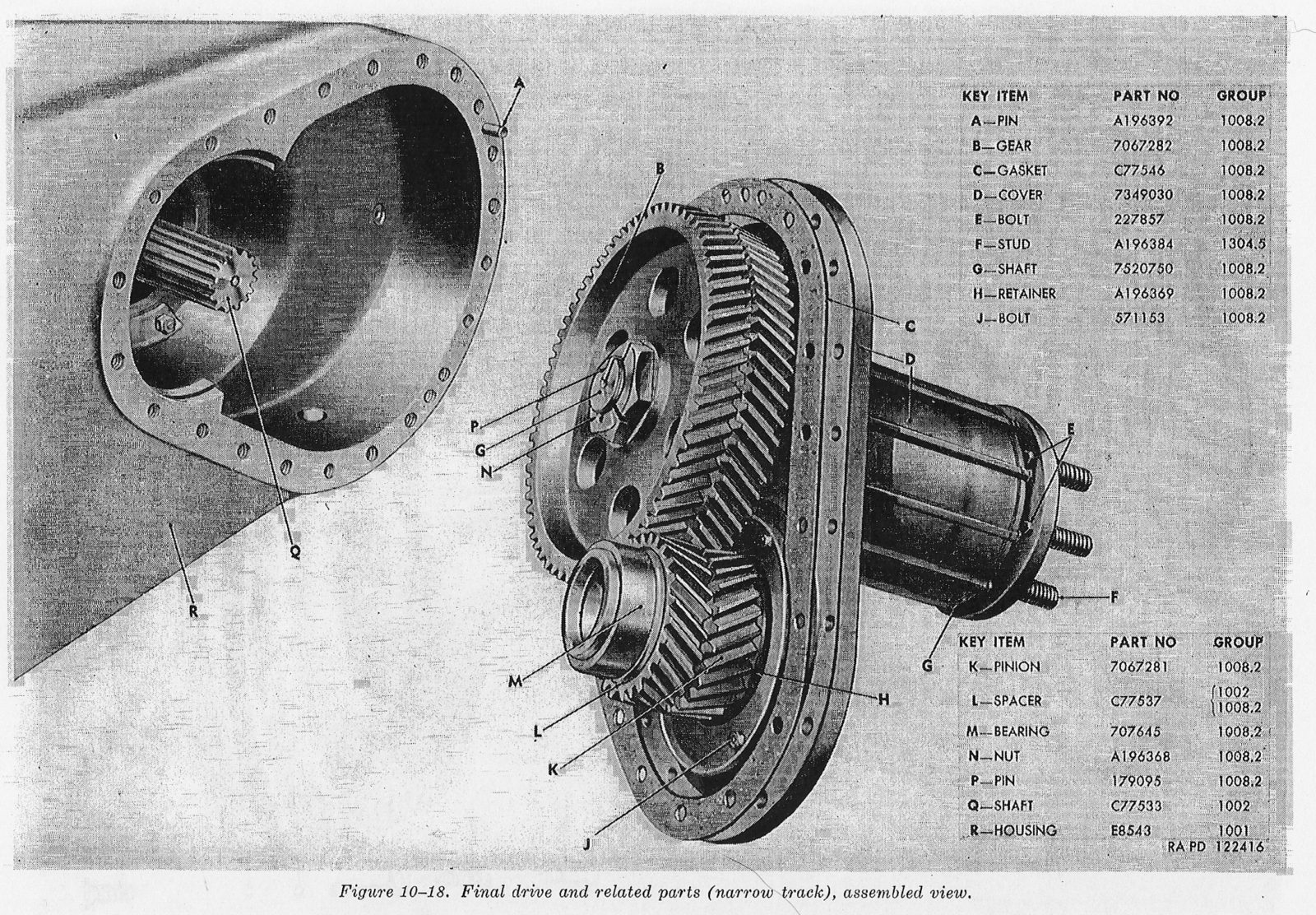 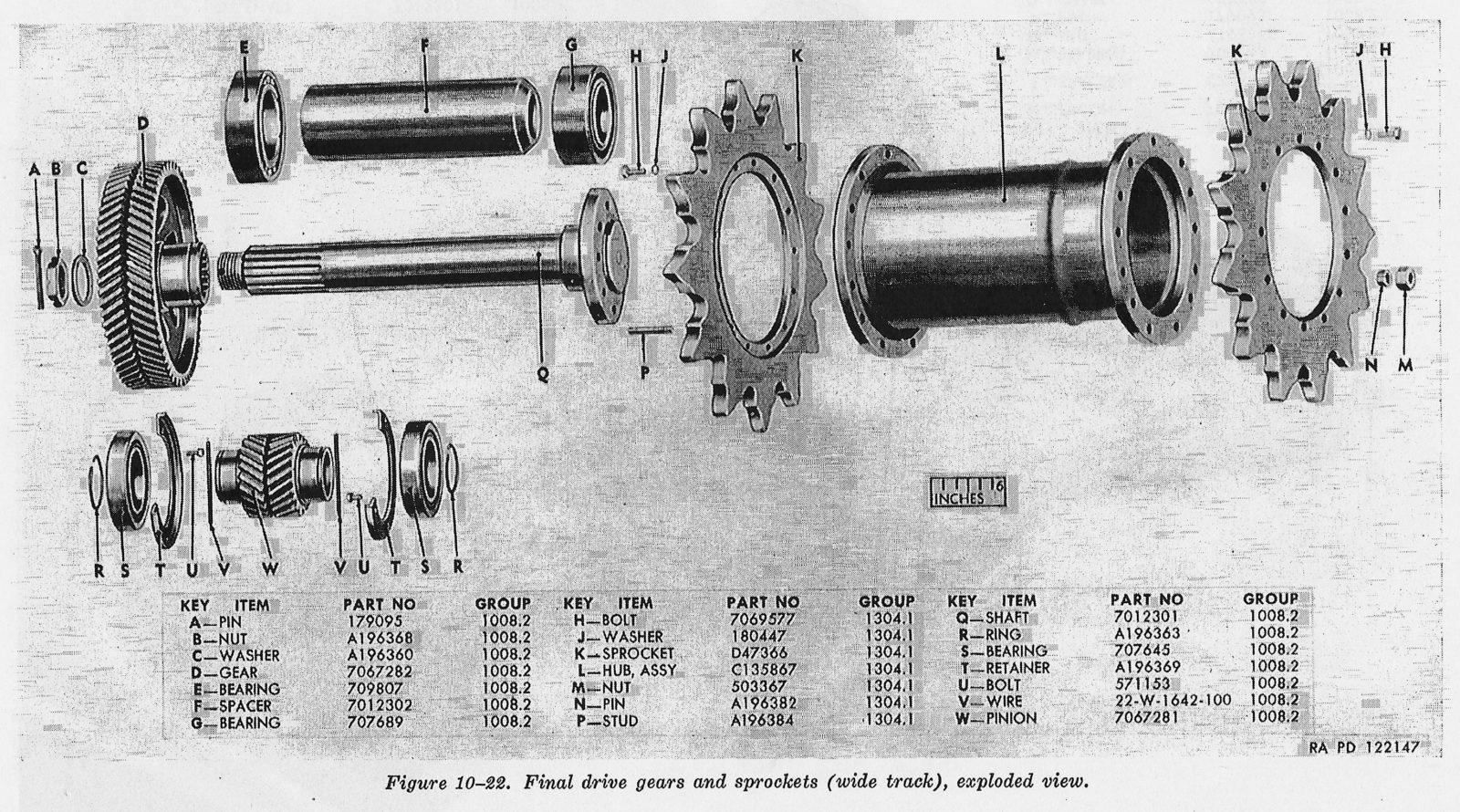 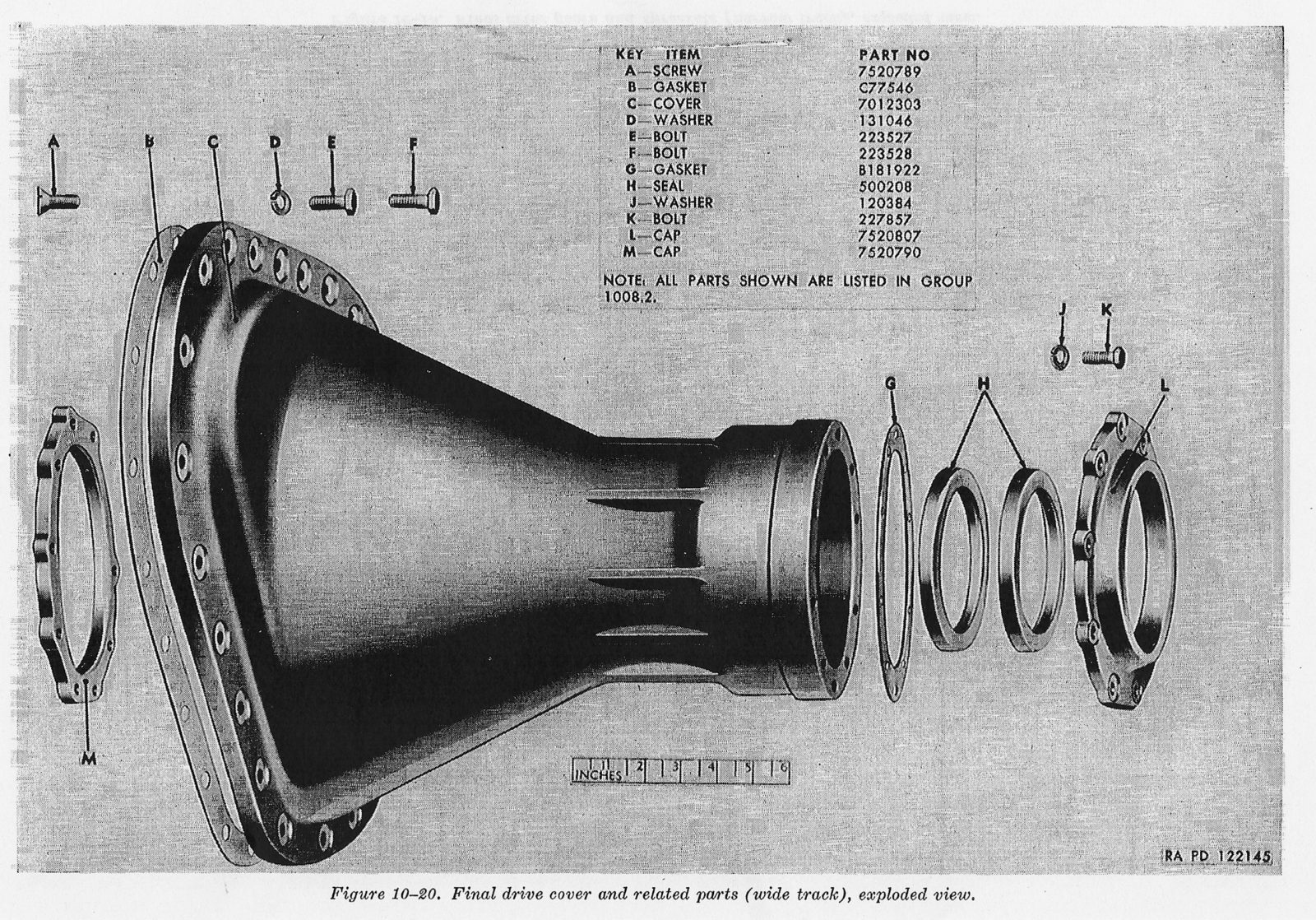