The M36 was another tank destroyer based on the Sherman chassis, basically an M10A1 with a new turret mounting a bigger gun. These tanks mounted the 90mm M3 gun. In some cases, the M36s turret was fitted to otherwise stock M4A3 hulls due to a shortage of M10 hulls. These TDs had full power traverse. These the M36 was well liked because the M3 worked well on both armor and soft targets since the M3 90mm gun had a nice HE shell.

The M36 was more popular than the M18 since it had some armor, and the gun really packed a punch.  It was an M10 with every problem the M10 had fixed. The mobility of the M18 was considered somewhat limited in real world usefulness. 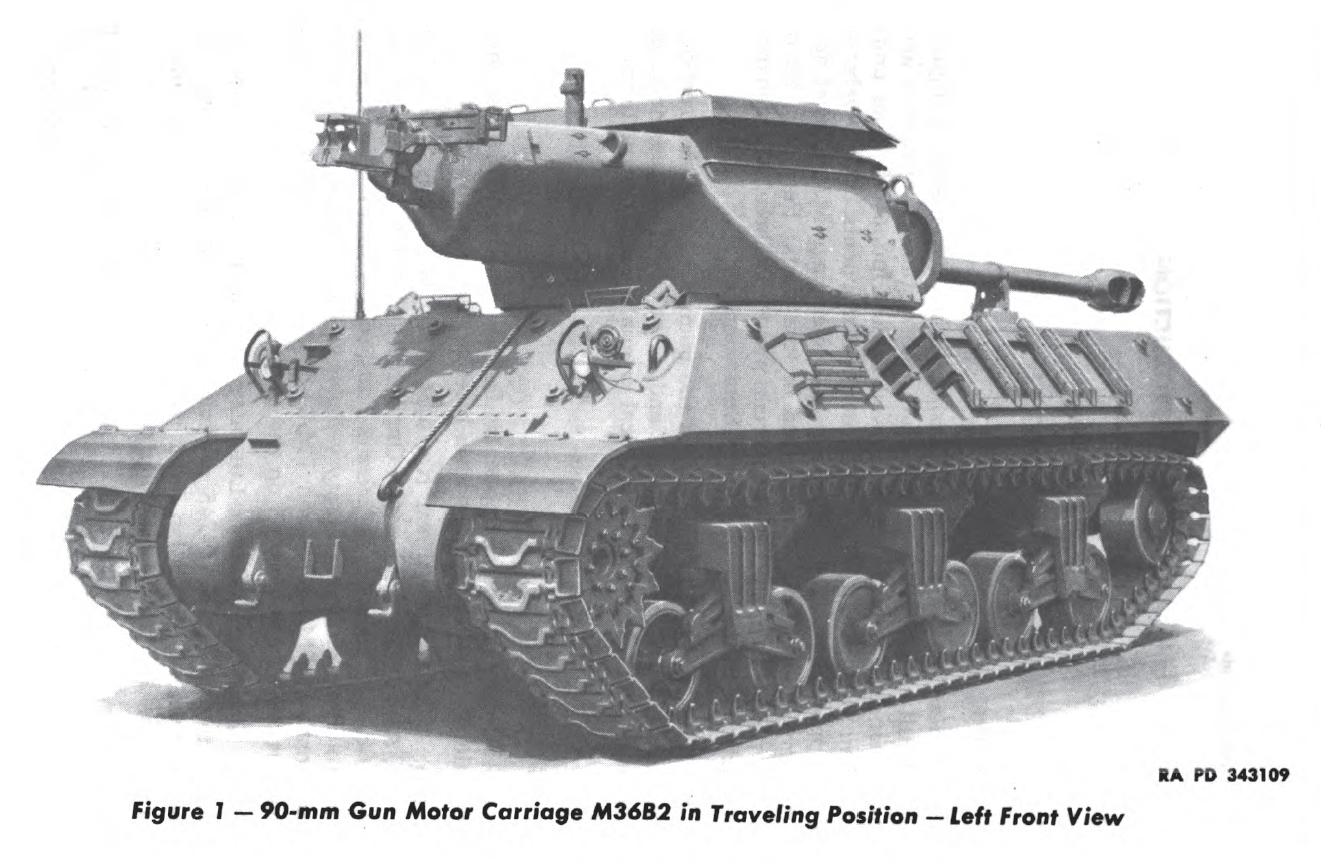 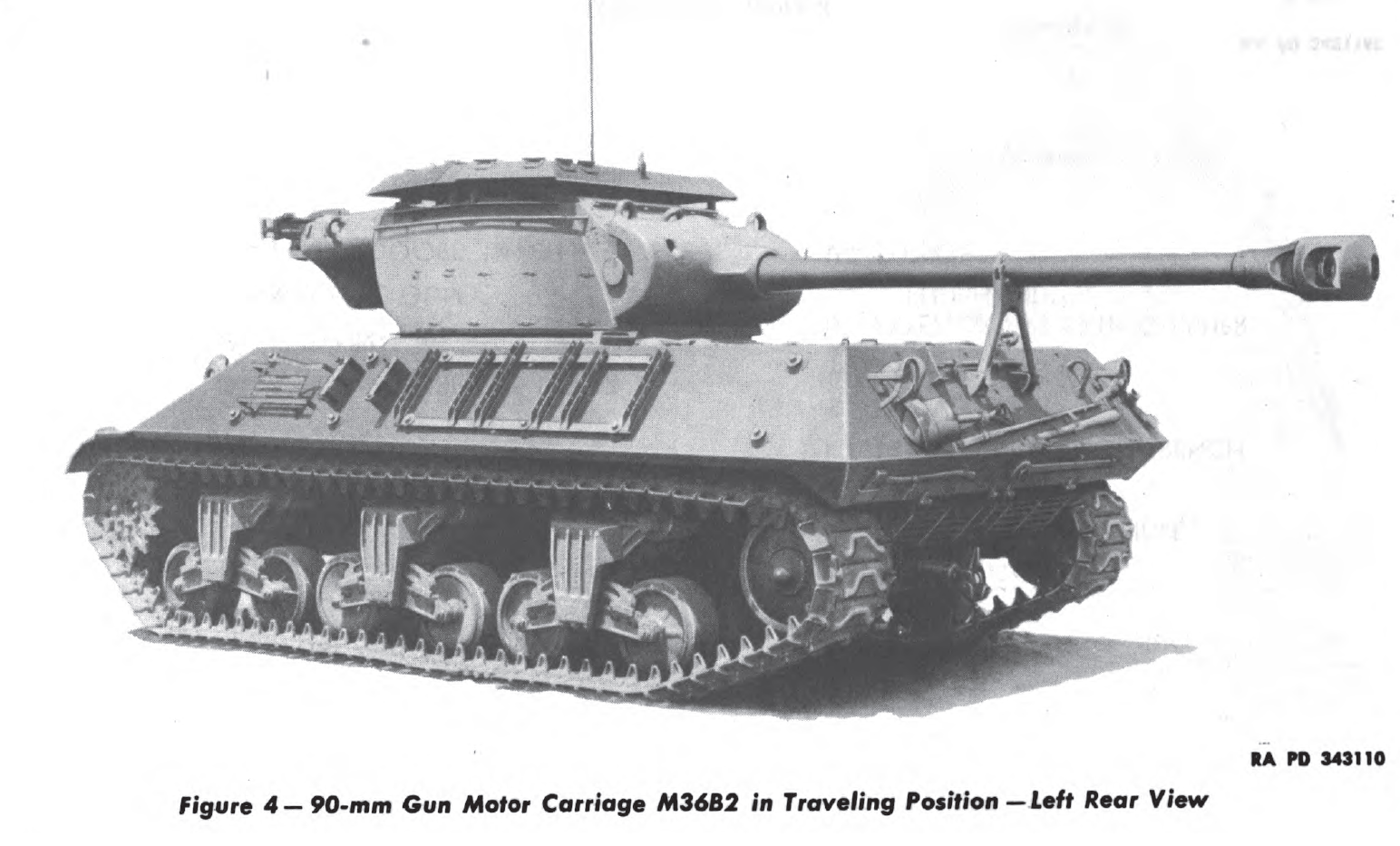 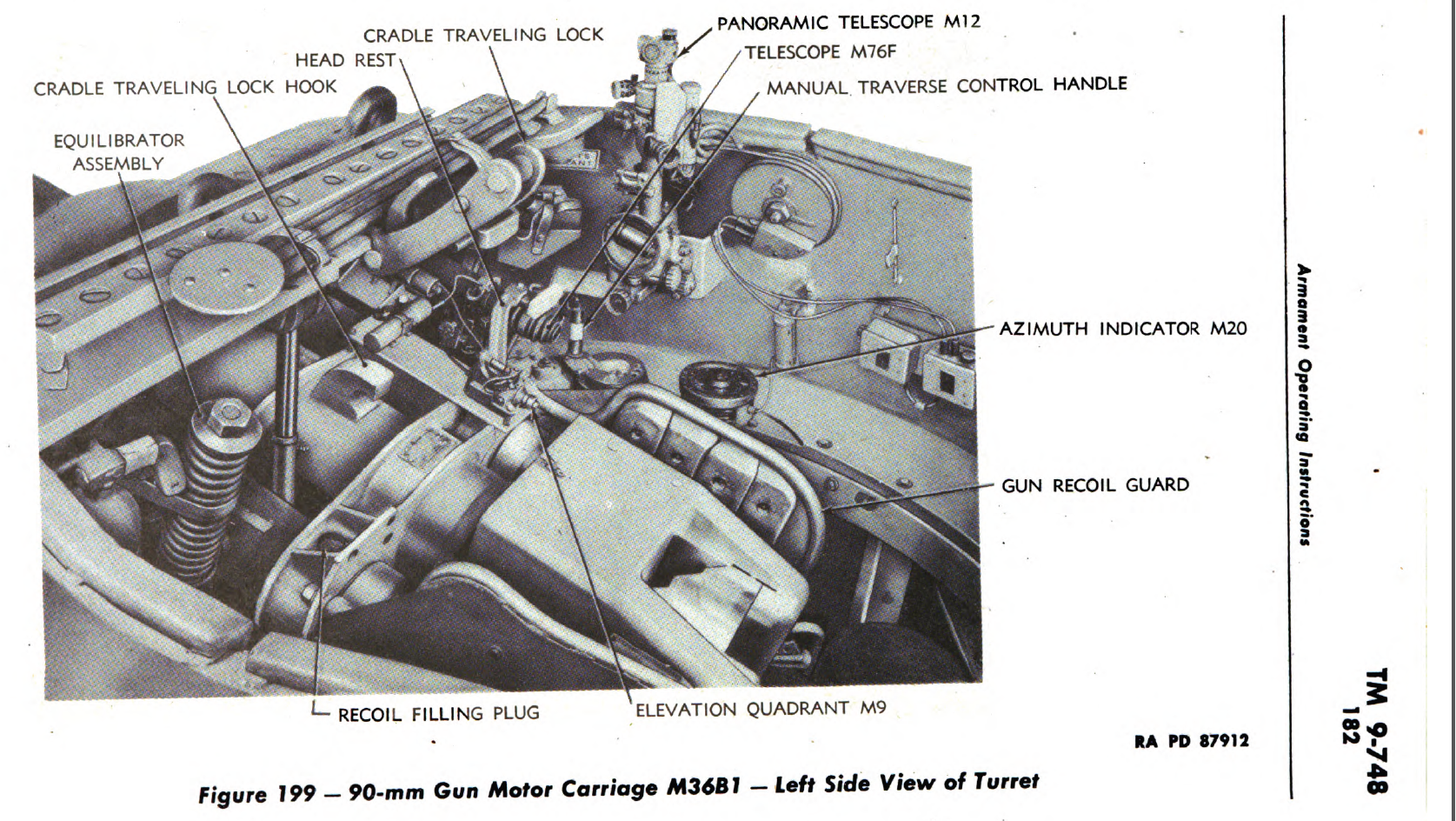 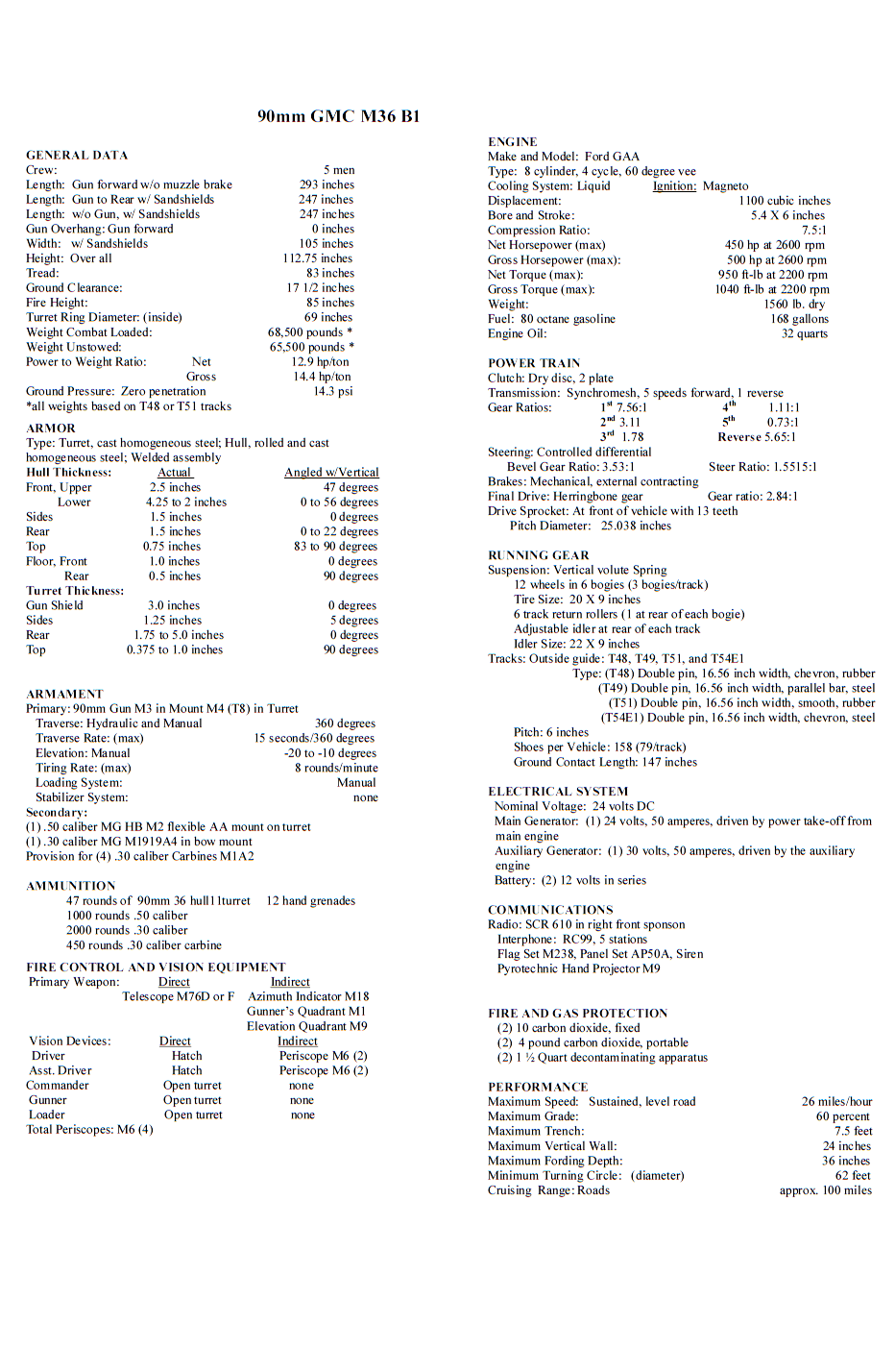 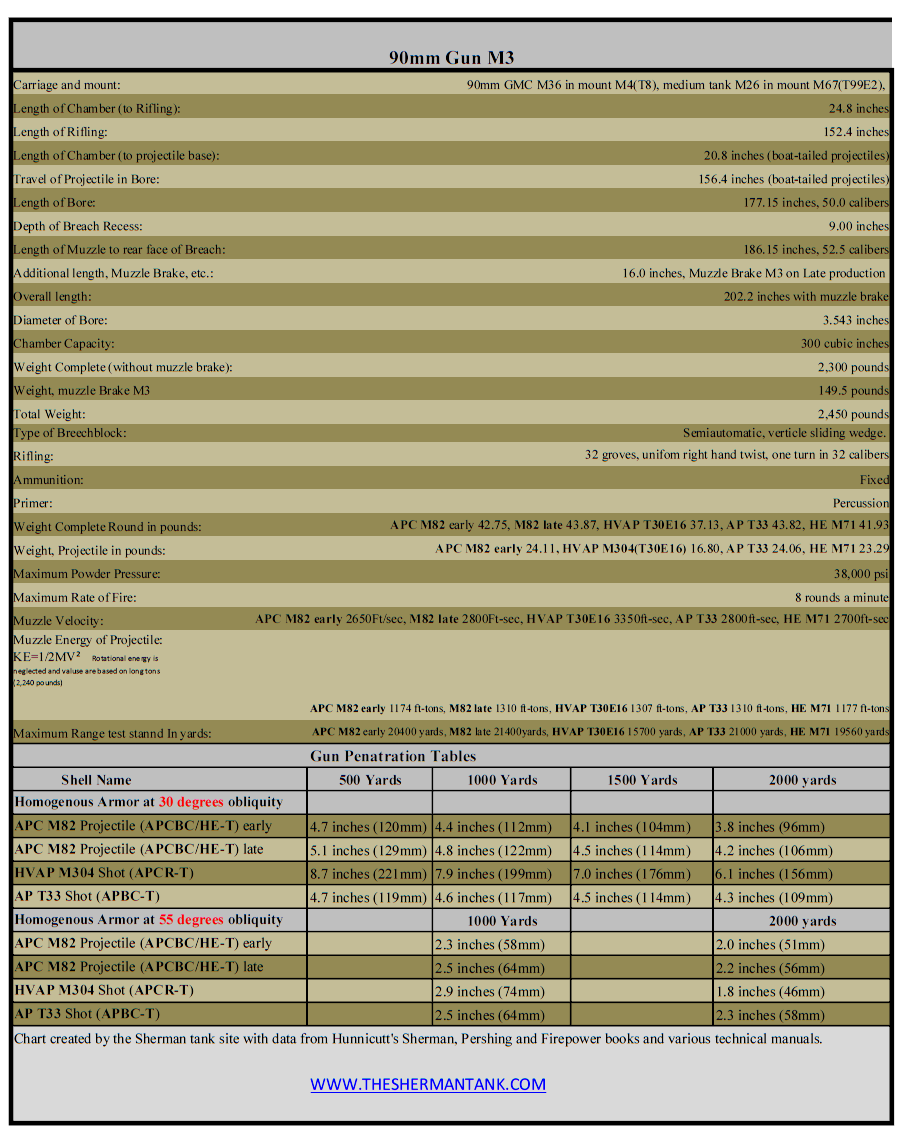