A very interesting new book on the Sherman tanks used by the Egyptian army was recently released. 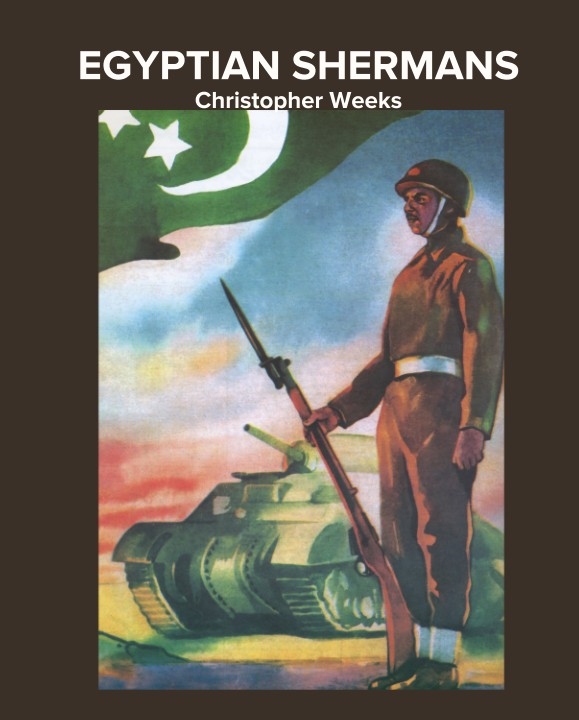 The book, titled Egyptian Shermans, a Photographic History of the M4 Sherman Tank in Egyptian Servvice 1949-1973,  by Christopher Weeks is out, and available on Blurb.com

The book covers the History of the Shermans use by Egypt’s Military, and has many images I have never seen before, and I’ve seen a lot of Sherman pics!  Most of these images are black and white,  but there are a few color photos mixed in.

Egypt never had a huge number of Sherman tanks,  probably less than 150 total spanning their whole use, but they had a very interesting variant, and did use them in combat.

Most of the Shermans they acquired were M4A4s, leftovers from the Brits. The images show many of these tanks had none of the quick fix upgrades either. Many of the tanks still have the extra Brit storage boxes too. Another interesting thing about the images is there are shots of a rare, and odd looking rounded exhaust deflector, in the raised position.  I’ve only seen something like it in one other place, and this book has several. They also got ahold of some M4A2 models, and re-engined some of the A4s to A2s.

You can see the deflector in the image above, from the book. I think it may be what the M4A2 exhaust deflector looks like, folded up, the M4A3 version looks very different folded. You can also see the very interesting AMX 13 turret on this M4A2.  This was probably a much more comfortable way to employ an AMX 13 turret.

The book also covers unit markings, and the combat history of the Sherman tank in use by the Egyptian Military.  The rare images make it worth the price alone, but there is a lot of nice text too! Blurb gives you many buying options. If you love the Sherman tank, or want to read about the Shermans use by a very interesting Nation, this is your book.