Sherman Tanks of the US Army Official History books:  This time the Pacific, so fewer photos, and a much different setting. 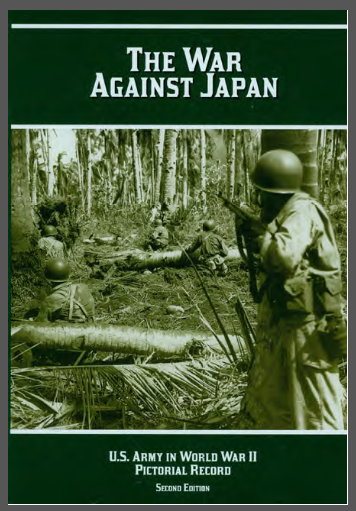 The third post in this series is going cover US Green cover book called the War Against Japan a Pictorial Record.  This means there will be fewer Sherman shots and many more general shots than the last two.

The images in this one are about the same quality as the last two, decent, but not great. Most were images I had not seen before though.  The pictures show a very different type of war, the kind where you fight the terrain and environment almost as much as the enemy. The distances involved in the Pacific made everything, but supplying the troops specifically, much harder, and since the PTO was on a forced Shoe String Budget, sometimes they were forced to get creative with their resources. It also meant the Pacific was a much more intimate battlefield, the distances between battles was greater, but the fighting was often a very close affair, and small jungle trails in visibility of 50 yards or less.  The Japanese were a brutal enemy, and many US soldiers feared capture by them, and would prefer death.  Far few American POWs died in Nazi German hands than in Japanese hands, and the things the Japanese did to the Chinese rivals the crimes of Nazi Germany. 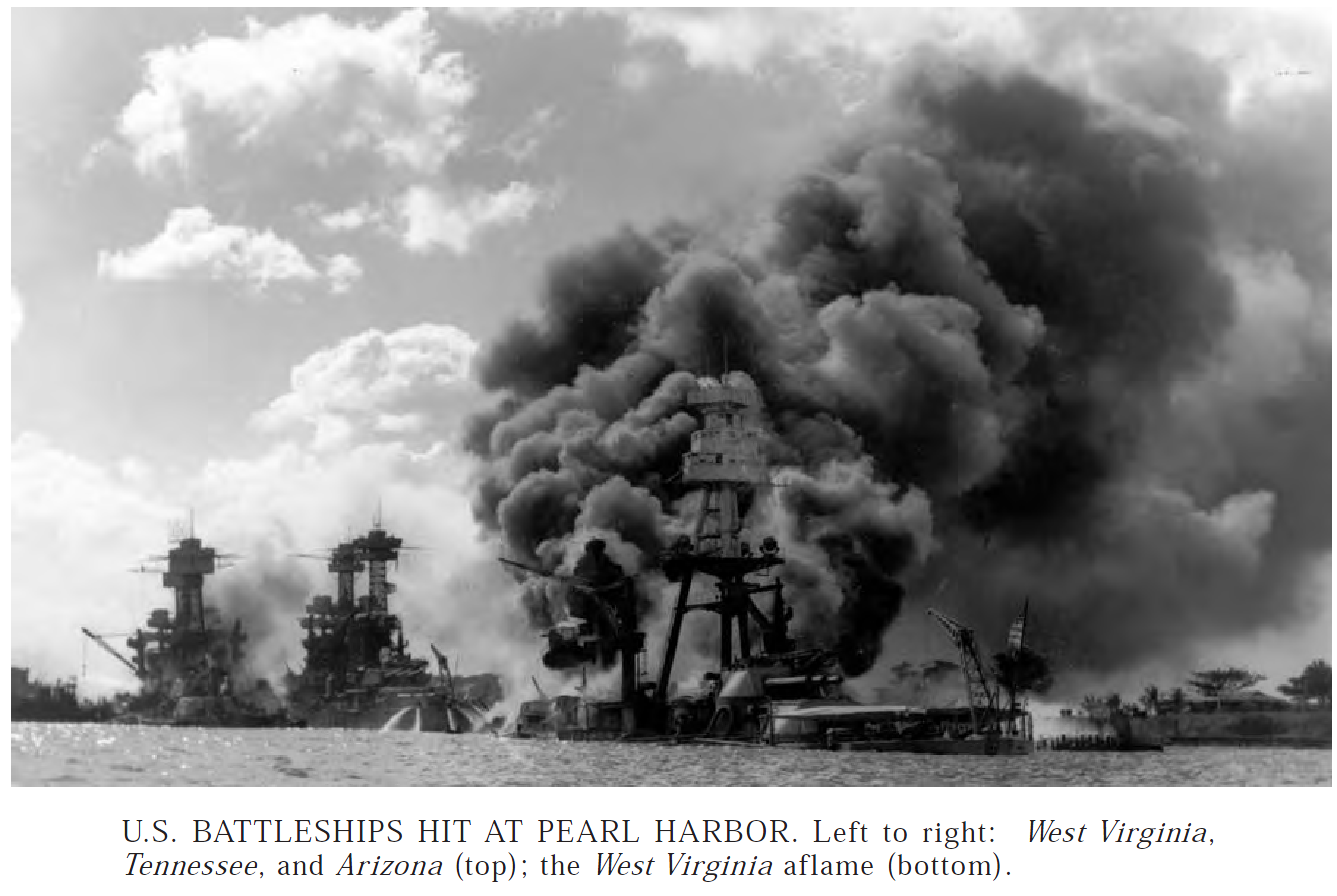 We have to start the pictures off with something, so how about a shot from Pearl Harbor, the attack has a personal connection. My grandfather was a Chief on the Tennessee. She suffered little damage in the attack, and after my Grandfather was transferred into a Destroyer Escort.

Right after Pearl Harbor, some light tanks saw use in the Philippines, before they were knocked out or ran out of fuel or spare parts. The Philippines Surrendered and there would not be much tank action until well into the Solomons and New Guinea Campaigns.  Unfortunately, this book isn’t armor specific and doesn’t include any shots from these early armor actions.

There were almost two separate wars going on, the US Navy with Admiral Chester Nimitz in charge of one side, and General Douglas MacArthur running the other half. New Guinea and New Britain was that half, and The solomons ended to the south west of New Ireland, and at the end of that campaign were bombing Rabaul, a huge Japanese base that dominated the area.

MacArthur’s war on New Guinea involved US Army, Australian ground forces and backed int he air by US and Australian Air Power. The New Guinea Campaign was a long brutal fight, on a shoestring, were air power made a massive difference, and the brilliant commander of the 5th Air Force came up with some innovative tricks to enhanced the usefulness of airpower to a land war. For more information on the Air War over New Guinea, the General in Charge George Kenney wrote a book, and you can download it here!

This is a really great read, covering just about the whole war, and with many intimate details you won’t get elsewhere.

Ok, I decided those maps were to terrible, not totally useless, but with a resource like Google Earth Available, I just can help but add some better maps here.

The Japanese took most of the Island in the starting phase of the war, the Australians kept Port Moresby, and from there, the Allies, under MacArthur’s command started winning fights. The Stopped the Japanese in the Owen Stanley Mountains, preventing the fall of Port Moresby and they they started bombing the Japanese, and sinking there shipping.

They eventually went on the offensive, getting a small foothold on the Japanese north side of the Owen Stanleys, like a cancer in the Japanese forces colon, just kept grown, building a secret airfield in the interior, and then taking base after base from Japan, working their way west along the north coast of New Guinea. Then eventually heading north, on their own, smaller scale island hopping campaign up to the Philippines. These tropical Islands come very close to the equator, and were hot, wet, humid, jungle hells, with saltwater Crocodiles as the apex predator, if you didn’t take into account the natives, some still cannibals. 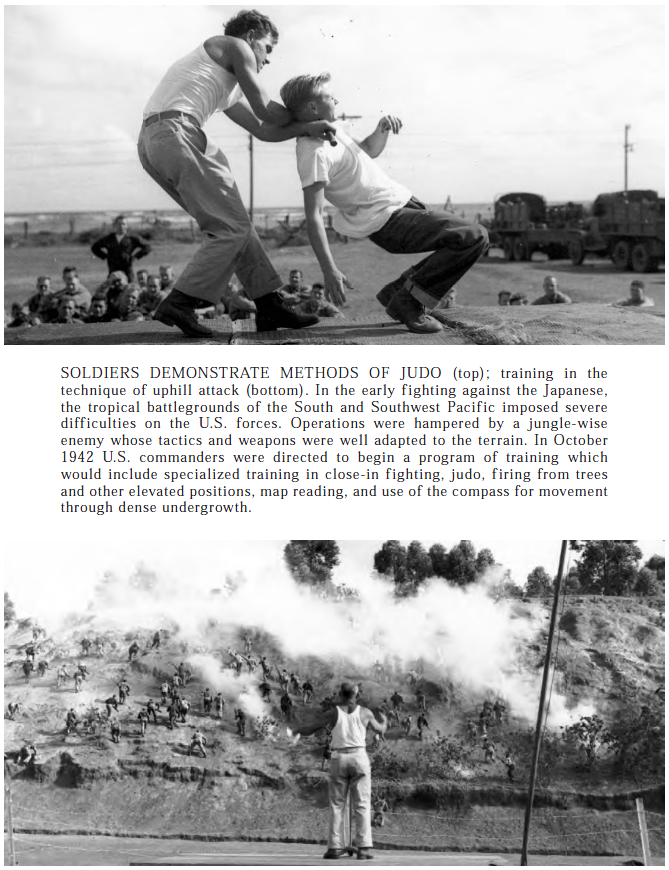 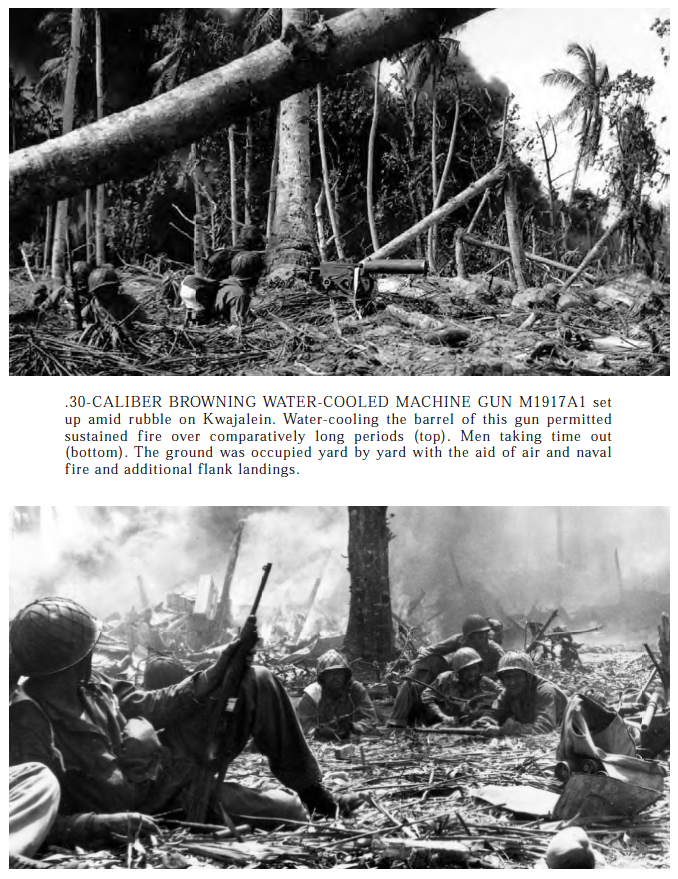 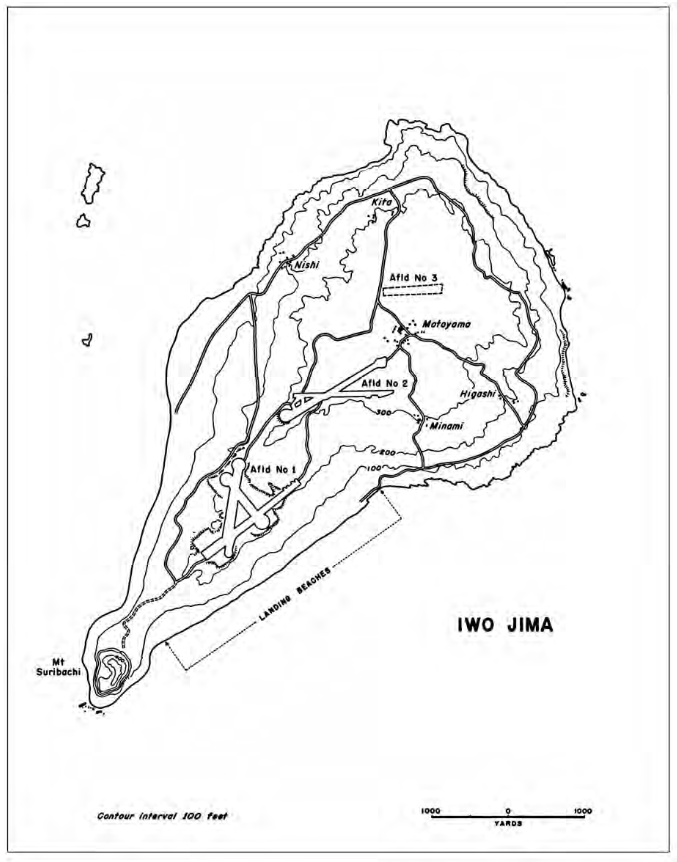 China, Burma, and India, the CBI, the PTO was a secondary theatre, the CBI was a nearly forgotten one and still is. 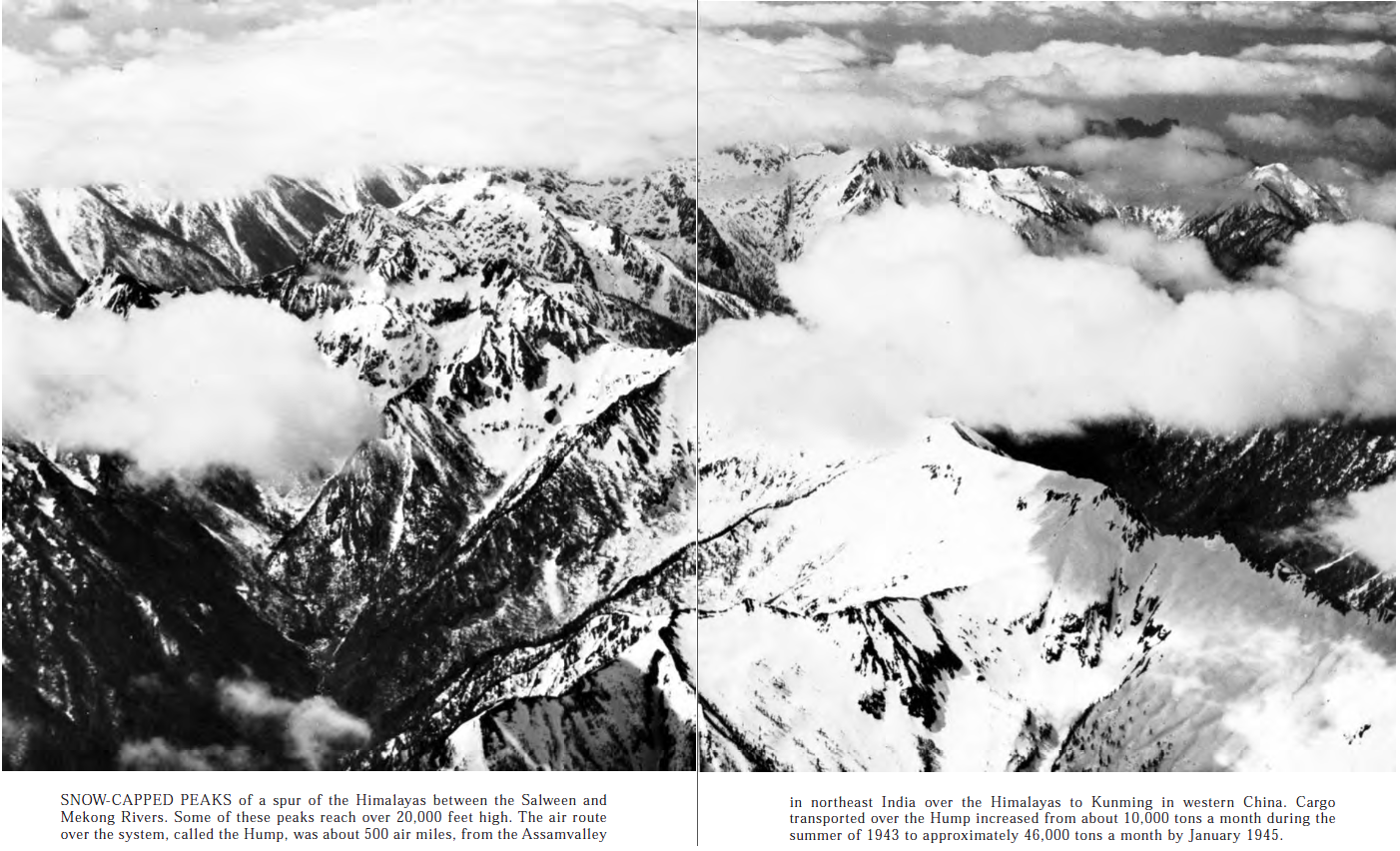 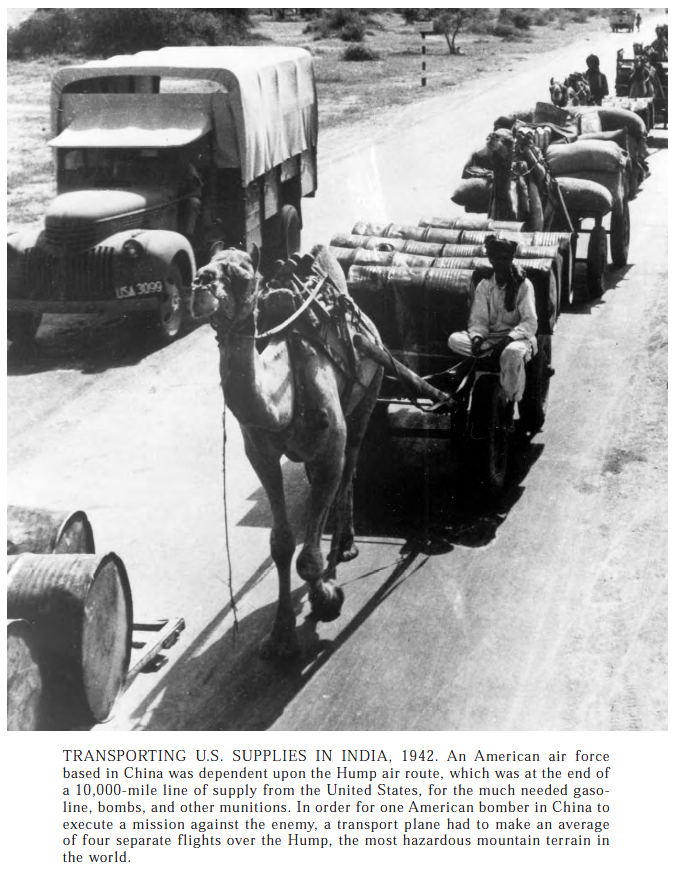 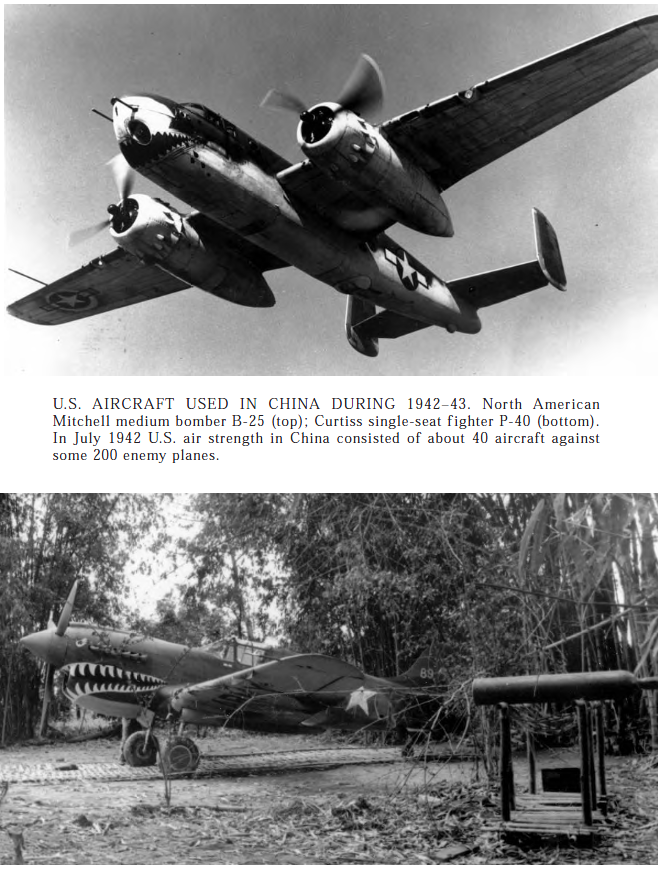 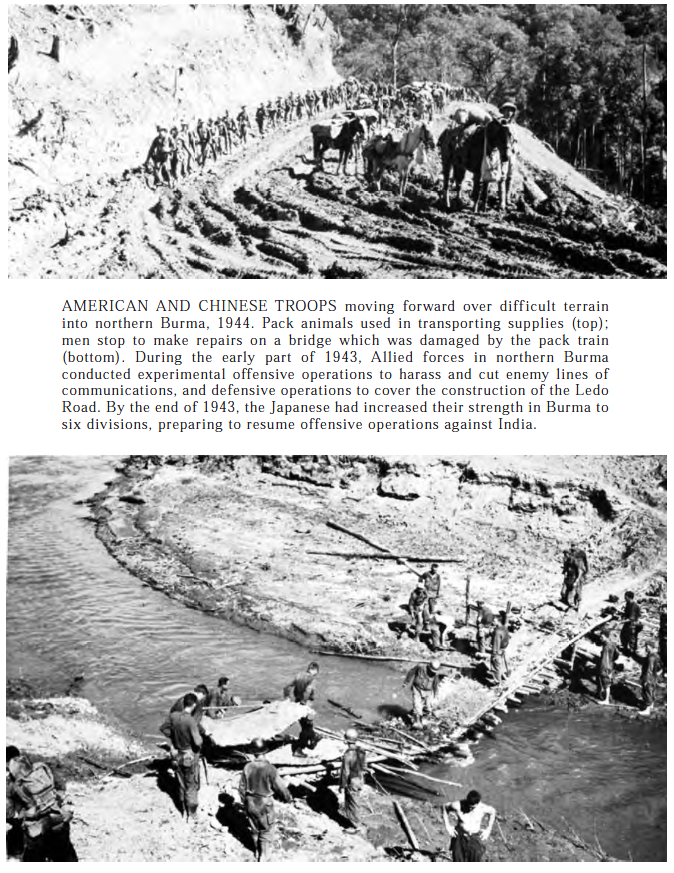 At nearly 3000 words for captions, this thing got way out of hand,  thanks for reading.

1 thought on “#66 Sherman Tanks of the US Army Official History books: This time the Pacific!”